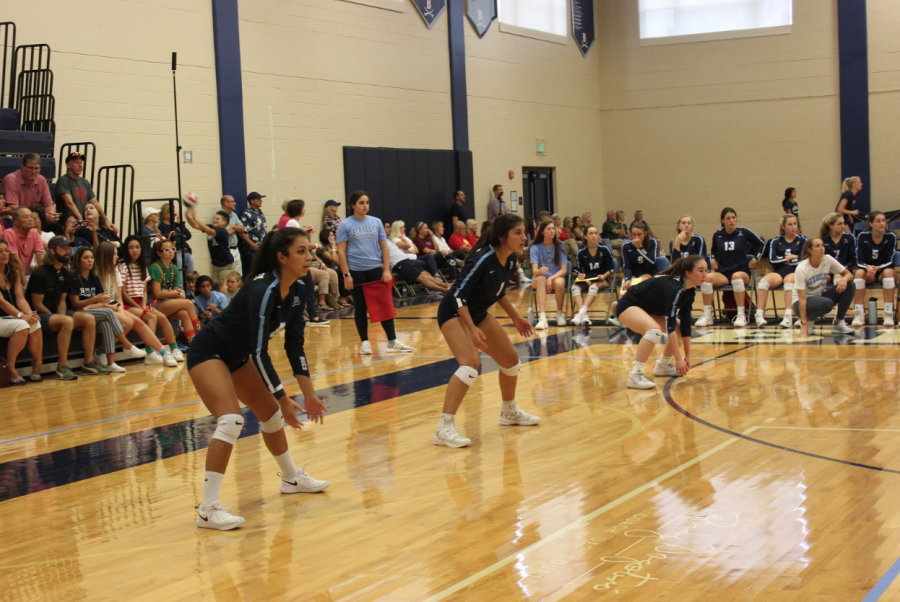 One of the Tailgate events was the girls varsity volleyball game for the Berkeley Premier tournament. They fought fiercely and had a strong win. After the game, team member Camryn Carlo ’21 said, “It’s been going good. We’ve had our ups and downs, but I think we will become stronger soon.”

Carlo, who has been playing volleyball for six years, also said, “It was a different perspective, and I think after the first couple of points our team really pulled it together and had one of the best games of the season so far.”

Mackenzie Tichenor, head coach, has been coaching the girls varsity team for three years. She said she loves it at Berkeley.  She also said, “[The season] has been good, we have had some ups and downs, but the girls have done a really good job of controlling their emotions, and working hard in moments when maybe we don’t have the upper hand.”

Tichenor said, “They have a very good bond. The nice thing about this group is that all came into [it] together so it’s much more like a group of sisters than it is just a team. So, it’s a very good tight bond. They work well, and they can talk to each other.”